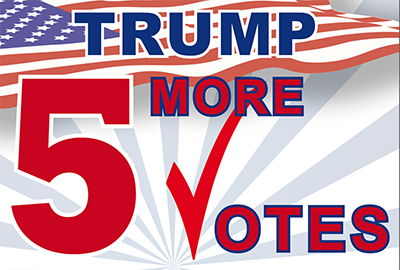 Every voice counts! STOP THE STEAL!
We provide the conduit of communication! Please provide your voice!!!

We want every republican in Georgia to vote for Kelly Loeffler and David Perdue. In order to reach as many local people as possible within the state of Georgia, we have provided a list of Facebook and Twitter links for the GOP in the individual counties. We encourage you to go to these pages and leave a post.


Choose one of the following lists of recipients:

1. The election to save the Senate and the United States is almost upon us. It is imperative that we support and get out and vote on January 5th for Kelly Loeffler and David Perdue. These two people alone can help to save the United States from Chuck Schumer and the radical leftist Democratic party hell-bent on fundamentally transforming our Great Nation into a Socialist Country.

2. This is by far the most important election of our lifetime. The left is trying to cheat and steal this election as they have done with the November Presidential Election. Please don't let this happen again. We need to get out and vote in record numbers to prevent them from a repeat performance of November. President Trump needs these two people in the Senate to preserve the Republican Majority so get out and vote.

3. Please get out and vote. Don't fall into the trap set by the left. Republicans need to stick together, vote for the Republican candidates, and save the Senate and the Country.

4. There is no reason you don't get out and vote for our Republican candidates. Democrats already control the House. Don't let them get control of the Senate also. There will be no checks and balances on their power and they will have free rain to enact their radical leftist agenda. Vote on January 5th.